CHAMPIONS IN TOWN!..Pure Platinum Play hoping for a hearty takeaway at Chicken Inn

FC PLATINUM who temporarily turned the City of Bulawayo their home town in the Total Caf Champions League campaign today return to the city to play 2015 champions Chicken Inn.

The match will be at Luveve Stadium and Pure Platinum Play will be hoping to maintain their unbeaten start to the Castle Lager Premier Soccer League this season.

The GameCocks’ perfect start was dented by Ngezi Platinum on Easter Friday who beat them 1-0 at Baobab Stadium.

On the same weekend Norman Mapeza’s charges managed to see off the challenge of Premiership returnees Hwange at Mandava Stadium with a 2-0 victory but the reigning Coach of the Year would not want to be carried away by the perfect start or even Chicken Inn’s loss to Ngezi Platinum. 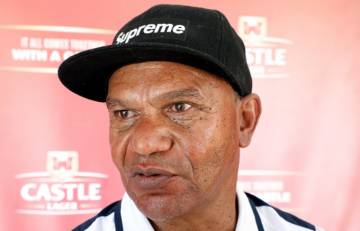 “Its a new game for us, Chicken Inn have had a very good start in their first three games although they lost to Ngezi Platinum during the Easter holidays. I think they are playing good football and for us to go there and get maximum points it means we have to put everything into the game,” Mapeza told the media during the club’s prematch press conference.

He said today’s game was no different from the other four matches they have played with the only issue being that Chicken Inn have made their season’s objectives very clear by buying quality players.

“Its not really any different from the other games we have played, the only difference is their good start to the season. The recruitment they did during the pre-season has confirmed their intent, they are poaching for the championship and we have to go there and put everything into the game, mentally and physically,” said Mapeza.

Chicken Inn gaffer Joe Antipas is on record saying they are gunning for the championship this year.

The club has invested heavily on new players while a number of corporate bodies have also come on board and they will all want to be associated with a winning brand.

Bulawayo promoter to revive jazz in the city