One of the biggest shows in the city this year, the ZITF Shutdown Bash, which many party lovers and ZITF attendees have been waiting for, is here!

Artistes performing at the star-studded event, which kicks off at 6PM at the Queens Sports Ground, seem equally excited as the headline acts — Winky D and Jah Prayzah have been longing for a show in Bulawayo. The last time these two shared the stage in Bulawayo was three years ago at the Kalawa Homecoming gig. The two however staged separate events in the city early last year.

Today fans of these two music giants will have a rare opportunity to witness them both in action.

Winky D’s manager, Jonathan Banda said they were excited to be coming to Bulawayo as this would serve as a makeup show for the failed Kalawa Homecoming party last year. “This is going to be a solid reconnection for Winky D and his Bulawayo fans because it’s been a while since he performed there.

“We want to give our fans a great performance, especially considering that last year, there was no Kalawa Homecoming show.”

He said fans should expect the usual highly energetic live performance from Winky D as well as a first time performance of the hit single MuGarden.

Another singer, ExQ, who has had a great 2019 so far as he has been scooping many awards at various events, said he will be celebrating these achievements with his fans in Bulawayo.

His manager, Samuel Mukondo said: “Tomorrow we’ll be celebrating our achievements with Bulawayo fans through a spectacular performance. We last performed in Bulawayo at the All Star Party last year.” Mukondo said despite the fact that ExQ has been in the industry for a very long time, he still has a big fan base.

Sungura Masters who will also be performing promised a spectacular performance.

“People must expect fireworks from us as we’ve been rehearsing and perfecting our routines specifically for this show. We have new productions in store so it’s going to be amazing,” one of the group’s members, Nesbert Nzou said. 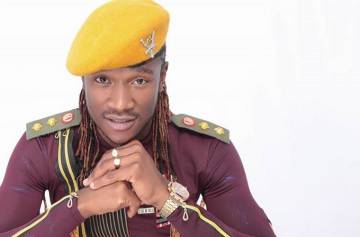 House musician, Novuyo Seagirl who is the only female artiste on the lineup said: “I’m really excited that I’ll be sharing the stage with amazing artistes like ExQ, Winky D, Jah Prayzah and Takura.

“These are some of the people that I look up to so it’s going to be a memorable experience.”

Event organiser, Terminator Makoni said all was in place for the event. He said the response from fans was amazing as they had by yesterday sold more than 2 000 advance tickets.

“We’ve received a positive response from revellers who’re excited about this show. We have so far sold more than 2 000 tickets. We’re confident that Queens Sports Club will be fully packed,” Makoni said.

He said the Harare musicians were expected to arrive this afternoon as most of them performed at the Patoranking concert in Harare last night.

Other artistes on the lineup are Takura, DJ Skaiva and DJ Nospa. Gates for the bash will open at 6PM and performances will start at 7PM.

Zanu-PF stand, must visit at ZITF

Zanu-PF stand, must visit at ZITF